Who are you? This question has been asked to me many times, I have tried to answer this in different ways, sometime enlisting my professional work, sometime being philosophical. But I think I am still on the journey of finding my trueself. I am in programming and application structure planning since over a decade, I love programming to the core. I am one of the lucky people on the earth whose profession is also thier hobby. 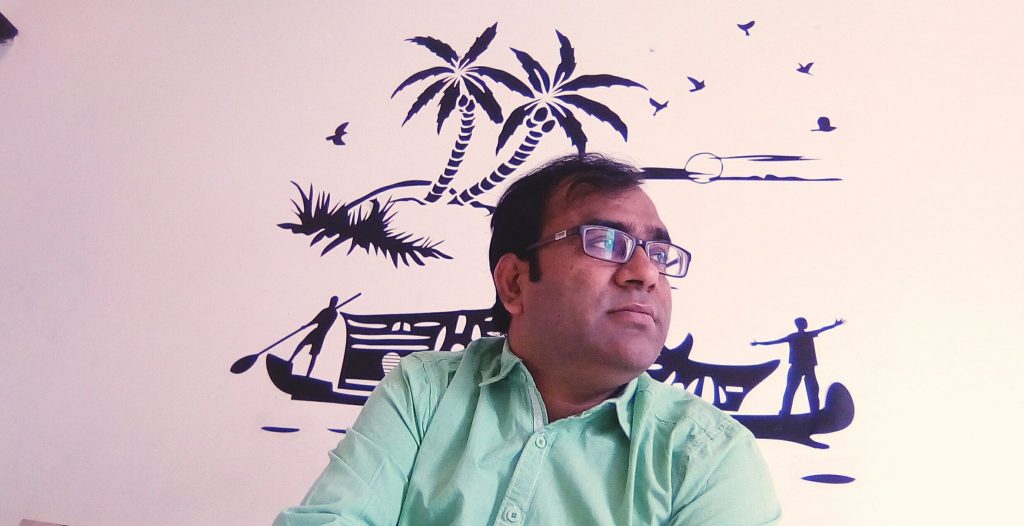 I started coding autoexec.bat files on MS-DOS (Yes that was a programming for me in those days.), First wonderful thing I program was a rose flower in qbasic programming language. Later I worked on Foxpro for DB programming, then moved to C, Perl for CGI, ASP, Java and then PHP. Over the time I also programmed in C#, Ruby, Python, Objective C for iOS. PHP become prominent in all these languages and most of my work is in PHP only. I also did Zend Certification to validate my knowledge in PHP.

Over the time I got the feeling that it is not language but approach and patterns which matter most while doing programming. Lately I was trying my hand on Pig and other similar things for Hadoop implementation. I am also planing to do my Java Certification to validate my knowledge of the language.

I started my programming tweaks with autoexec.bat file which was a start-up file for MS-DOS and earlier version of windows. Customization of system always attracts me. In June 1998 I was introduced to Linux (It was Redhat) through a computer magazine I was reading regularly. I become a fan of Linux overnight, mostly due to its open source philosophy. I read books on it. It was my luck that I was able to install it on my computer without any problem and it was running in graphics mode with different X server options. (I later realized that many people were not so lucky, I owe a thanks to my CirusLogic display card which was fully supported in Redhat Linux version 5)

I can do almost any kind of system administration activity on any kind of Unix like servers(Including MacOS). I do understand the concepts of Windows but I feel at home in my terminal screens. Installation, Software Management, Lamp Stack, Virtualization, Cloud Servers, I can handle all these. I got many benefits of this knowledge in my development career. Streamlined deployment and performance optimization were some of them.

Sometime I think that I should do some kind of certification to validate my experience in it.

Programming can not be done in solitary. Most of the time you are implementing a system through which you are aiming to solve a problem. Over the time I was assigned the job of managing life cycle of project and its different phases.

Many people taunt PHP programmers by saying that they overcome language shortcomings by using frameworks and intelligent planning, but I take this as a compliment. I usually differentiate between ‘Being Good’ and “Being Forced to be Good” to describe a PHP programmer and Java programmer.Recently with many enhancements PHP is also at par with other languages.

I am comfortable with design patterns and their implementations in real world. I was using different valid design patterns in my coding structure since start of my career, Although I was not aware about most of them as I was not good at technical lingo due to my informal entry to IT industry.

I have designed many small and some big systems which were and are running in different application domains like Medical, jewelry, Saas Based Services, White Label systems etc. Recently frameworks like Zend, Cake, Symphony, Yii, CodeIgniter etc has taken center stage and many years ago I have completely stopped using my own framework which was loosely based on MVC structure with Registry, Observer, Composite, Front controller, View, Commands patterns. Due to resource trainings constraints, continuous enhancements, industry standards and many similar benefits using a known framework is always better.
… But many times I still got a strong desire to code/plan/architect my own framework.

I am in programming by accident (or need, to be precise). It was just one of my hobby. I never intended to be a programmer. I was always dreaming and planning to be a writer. I learned computer only because I wanted to organize my databank myself so I can use it whenever need arise. It was turn of events that I opted for programming as a profession because I was not able to support my family on writing assignments. In other words, I am one of the luckiest person on the earth who is in a profession which is also a hobby for him. That may be the reason I never feel tired while doing programming stuff.

… But I still has writing dreams. I do write on many blogs and also writing many personal things. Most of my writing is on technical, economic and social issues.

This page is still in development stage. I will write about my other prominent sides in future.

Thanks for your visit.