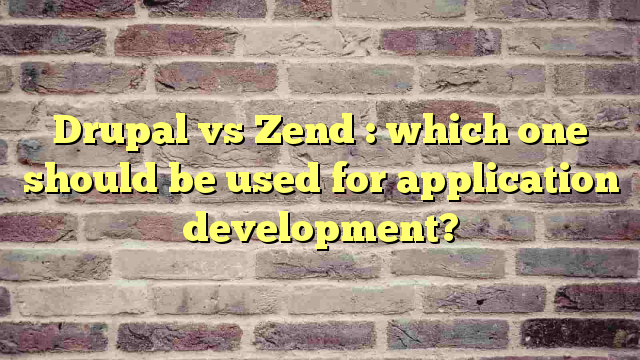 Drupal vs Zend : which one should be used for application development?

“You have done that specific site in Zend, don’t you think our application is also suitable for Zend instead of Drupal”, I just got this email from a prospective client.

This question has been asked to me many times. I am a big fan of Drupal as well Zend, so this question always put me in my difficult zone. As I know both, I really can not take a stand against any one of them. Technically speaking, both are capable of handing any kind of project, although both have their pros and cons. 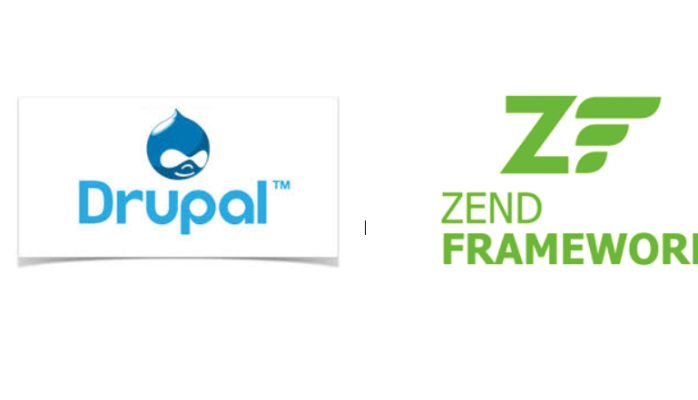 There is proverb, “All roads leads to Rome”. This same anatomy can be used in the tech decisions, if you are adamant about a technology you can do anything in that. Its just a matter of time and money, in short we can say its matter of resources. So I really can not state that a ‘particular’ task in not possible in Drupal or Zend. I can only state how much time a task will take in Drupal vs Zend or vice versa.

Lets try to analyze some of the common benefits of using Drupal and Zend. We will try to see which kind of application is suitable for Drupal or Zend.

Zend gives you a structure where you can implements many design patterns which you may have read in design pattern books. Using Zend you can directly use those classy patterns (thus takes benefits of them) in your applications without writing low level implementation code.

Turn around time for Zend application is usually higher than Drupal applications. In Drupal you have a running CMS with lots of available modules which  gives you functionality out of the box. So on time frame front Drupal scores really high.

Design
Zend applications has greater control over design aspects as it is programmed from scratch. Drupal on the other hand has a defined structure of elements which needs to used in certain ways. If you want to get rid of those structures, you may loose some benefits of drupal framework. Here Zend scores higher points as compared to Drupal, although a good designer with programmer support or programming knowledge can do wonders with Drupal. CSS manipulation is quite easy with Drupal.

On this point, Drupal scores really higher as compared to Zend. Drupal has more than few thousands modules with different kind of functions. It also has concept of Site or Installation profiles where you can get a set bunch of modules for a particular use.

Zend on other hand is only a framework with libraries, it can help you to build applications but it can not gives you out of the box solutions. Zend version 2 has taken a big leap in this direction as module framework has evolved a lot with this release. So we can hope for some great modules in near future (We are also working on some such modules at our company which we will release in near future). There is another aspect of this feature, Drupal while having lots of modules also confuse potential customers or developers. They normally needs to do some hit and trial before they can get a good usable module.

When it comes to branding, Drupal scores less than Zend. Drupal being a CMS does have less respect in eyes of policy makers as compared to one which Zend enjoys. Zend seems to be perfect tailored solution while Drupal comes as something modified/managed solution. This is something which is beyond any technical explanation. So I will keep my views on this point with myself only. Just to state, I did not like such kind of perception building, but you can never argue with policy makers or people who has powers to take decisions.

As time frame is better with Drupal, it is obviously cheaper to build than Zend applications.

Most important factor in Drupal vs Zend decision is the requirement document of the application in hand. For example, application may be quite unique in its requirements, and you may not have any available module for it in Drupal. In this case, you loose time frame benefits.

So final decision should be taken with care with consultation with client.

I have given following reply to my this client

Actually tech decision depends on many factors like budget, cost, clients internal policies and application requirements. Zend is a framework, while Drupal is also a CMS with good framework for a foundation of good application. Different modules also supports us. As I have mentioned in my estimation email, we are also going to get benefits of our earlier work on similar things.

In your application structure, Drupal is perfect choice. Having said that I would like state that your project is also doable in Zend, but in that case we will loose the benefits of ready made modules and our earlier work.

Again, I will repeat ,we can handle both, but economically and time wise Drupal is best choice for you if you do not have issues with its GNU  GPL license.

I have done extensive work in both Zend framework development as well as Drupal development. Drupal and Zend both are feature rich and secures platforms if you can develop and deploy your apps with a proper planning. If you feel that an expert with good experience in both Zend and Drupal development may help you in your decision between Zend and Drupal. Please feel free to contact me , you can also chat with me if I am online.