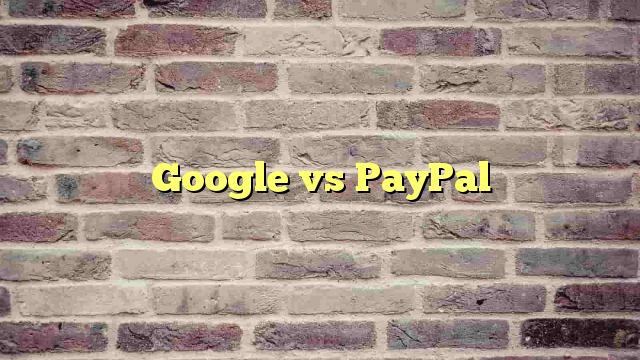 PayPal is one of the most popular methods of paying on the Internet without using the credit card. In fact, no cash transaction is generally involved as users can just transfer money using their e-mail ids.

However, it seems like problems are in store for them as the latest reports in claims that Search Engine Giant Google is considering entering this online payment module market. eBay (Now the owner of Paypal) is a big customer of Google’s online advertisement system and such a move can prove to be quite costly for the e-commerce giant.

The story was first reported by the Wall Street Journal.
WSJ cited sources familiar to Google Inc. and are said to be quite trustworthy. Google on their part have refused to comment on these rumors floating on the Internet.

Google’s entry into the online payment system can be quite damaging for the eBay group. It collects a sizeable amount of fee for the online transactions and competition from Google would lead to depleting profits affecting the day-to-day running of the company. Google has good reasons to look into this market considering a bulk of their revenues come from the online advertisement market which is expected to get complicated with the entry of Yahoo! and possibly Microsoft services later this year.