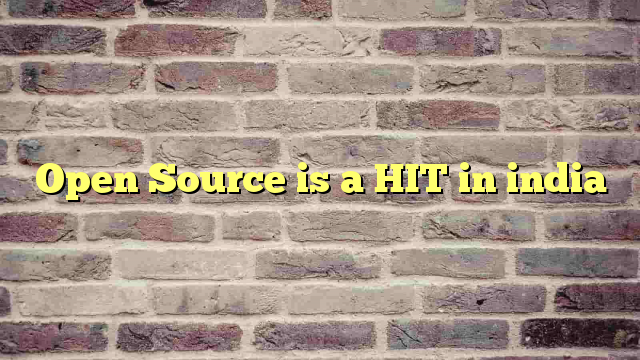 Open Source is a HIT in india

It has been over a year since UTI Bank set up its call center that handles over 7,000 calls per day. The bank was looking for a robust platform that could guarantee it “high availability of services and uninterrupted call traffic”. It had options but finally decided on Linux for its core business applications.

“Today, we are really happy with Linux that has delivered 99.99 per cent uptime so far,” says Pritesh Thaker, AVP, IT, UTI Bank. The bank, in fact, is now planning to base its credit card-based system on Linux too.

Some Fact about Open Source Linux

Linux is expected to have a 15 per cent share of the ERP market by 2007 (Peerstone Research)
55 per cent of all companies deployed Linux by the end of 2005 (AMR Research)
There are over 1.2 million developers with Linux skills (Evans Data Corp)
IBM has more than 7000 services professionals working with Linux

A good Study at Rediff