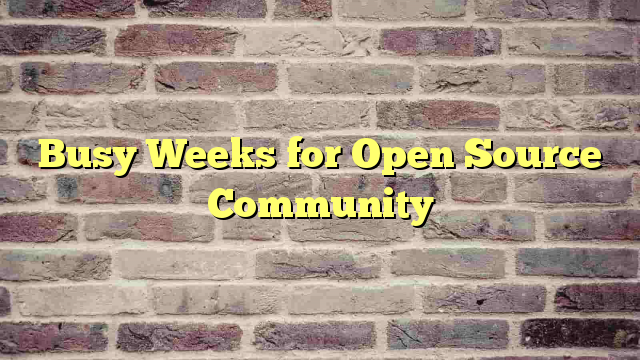 In first half of April 2006, we got two big news from Open Source community, First Novell’s Open Linux will provide .NET environment support, so you can easily run .NET applications on Linux, Second RedHat Inc, the Microsoft of Linux Community has acquired JBOSS, an Application server for JAVA.

At the annual LinuxWorld Conference, Novell discusses its OpenSUSE build service as part of a new Linux build service framework that will become the development platform for future SUSE Linux distributions.

Read How Novell done this to Open Source Community

Red Hat, the world’s leading provider of open source solutions to the enterprise, announced that it has entered into a definitive agreement to acquire JBoss, the global leader in open source middleware. By acquiring JBoss, Red Hat expects to accelerate the shift to service-oriented architectures (SOA), by enabling the next generation of web-enabled applications running on a low-cost, open source platform.

“It is at Red Hat’s very core to help unlock the power of open source and open communities to innovate across industries, geographies and economies,” said Matthew Szulik, Chairman and CEO of Red Hat. “Red Hat and JBoss are fully aligned around the belief that the open source development model continues to change the economics of enterprise IT in favor of the customer, and we truly believe in the potential of software innovation, once freed from the fetters of proprietary development.”