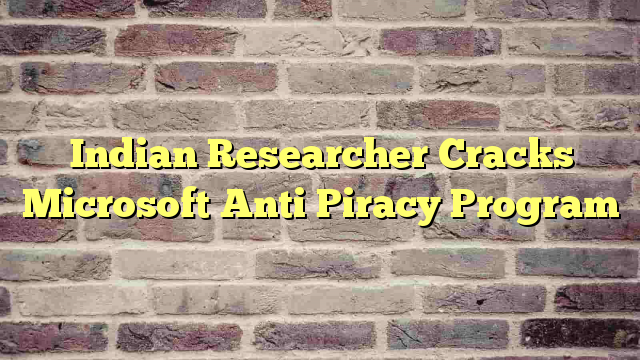 PTI has reported that an Indian researcher, Bangalore-based, Debasis Mohanty,
has cracked the so-called impregnable Windows Genuine Advantage of Microsoft.

According to report, he broke WGA through an “easy-to-exploit” flaw in the software for
generating illegal copies of the Windows XP program.

WGA is an anti-piracy program that keeps an eye on consumers whether they are
running legitimately licensed copies of Windows XP.

A company spokesperson told PTI that they did expect hackers to try numerous methods to evade safeguards provided by WGA.

Mohanty has posted a comprehensive proof-of-concept program on the high-profile security mailing list of the software giant.

The program indicated how the WGA validation check could be tricked to generate key codes for use on illegal copies of the software, reported PTI.